26 BEST Cities to Drive an Uber In

This post contains affiliate links that HyreCar may receive a commission for referring you to them.
Whether it’s a drive to a friend’s house, some errands in the next town over, or a couple drinks too many, it is easier than ever to find a safe ride with today’s new form of taxis. Hailing a taxi is as easy as clicking a button on your cell phone. Companies such as Uber provide a taxi service through their app that provides a ride within minutes and almost anyone can be an Uber driver too.

The best cities to be an Uber driver have a few things in common: ridesharing is legal, driver costs are low, the population is up, shared commutes are the norm and taxis are a regular thing.

Not only do these cities offer plenty of people looking for rides, but they also have the highest earnings per trip among all towns.

As a driver, we suggest really doing your research on your city to understand where the busiest pick-up and dropoff locations are.

You can also download the Gridwise app, where you’ll be able to:

Drivers who use Gridwise report increased earnings by up to 39% and save thousands on their tax bills.

This is the busiest Uber city. Your earnings per trip, using the premium UberX, might even average as much as $29.34 and expected earnings aren’t far behind. A New York City Uber driver is certainly never bored and come home with a fatter bank account.

The first of two California cities, San Francisco is a great place with an established foothold in the area. People like to stick with what they know. With the endless sights and tourists, Uber drivers are always in demand.

If you’re having trouble finding a job as a driver, we recommend checking out Jooble.

One of the first cities to support Uber rides, San Diego is one of the best cities overall for Uber drivers. Great weather, good infrastructure, plenty of tourists and travelers, in addition to commuters promise good business. San Diego will have you with enough business to pass the time.

Again, California proves to be prime Uber territory. San Jose requests Uber most during rush hour times during the week and with its many attractions, this city keeps Uber drivers busy outside of rush hour as well. The Caltrain slopes, downtown, Levi’s Stadium, the convention area, and SAP center regularly keep Uber drivers busy.

Sunny Miami allows you to pick up regular commuters and tourists as fares, which can easily double your income. With the sun always shining and plenty of beach spots and vacationers, Uber drivers enjoy the roads of Miami.

It might not seem like the kind of city that would rank highly on this list, but Phoenix has higher average earnings for Uber drivers than many cities of similar size. Don’t let the landscape of Arizona deter you from giving Uber a try.

Even though Pittsburgh is the testing site for the new, driverless version of Uber, that vision is years away. Take advantage of those wanting to use the service now – driver included. There is plenty to do in the heart of Pittsburgh as well as the outskirts, so choosing to work for Uber will prove its worth.

Though the airport in SLC was off-limits for a while, Uber drivers are back. Due to the conflict being sorted out, future challenges may be few to none. Salt Lake City is now welcoming requests for Uber drivers and business is thriving again.

Though not for the faint of heart, driving in Chicago can provide a lot of fares. Even though it’s one of the worst cities to drive in generally, it could mean more business for you. Rise to the occasion and need for good drivers as an Uber driver to serve Chicago well.

A dense population with a high percentage of disposable income? Welcome to Seattle. Rainy weather can also encourage potential passengers to hire you. Seattle Uber drivers are always pleased to welcome the steady business that Seattle provides.

An ever growing middle-class, less than ideal weather, and a local government that supports ridesharing services make Washington, D.C a perfect place for an Uber career.

The city of Atlanta, as opposed to a few others on this list, is likely to be a strong city for Uber drivers, with specific laws being made to keep them on the roads. Many tourists would rather use Uber to arrive at their destination faster than taking public buses or other local taxis with higher fares.

Boston is a city of commuters that need more options. Boston might be on the legal fence right now with a few arguably outdated laws and new regulations, but they aren’t going to ban the service anytime soon. Get on board with Uber to take advantage of the opportunity while it is available and you will enjoy driving passengers that are taking advantage of the opportunity for Uber as well.

Baltimore is an Uber hotspot. Plenty of surge times and lots of demand make it easy to make a living in less time. Uber drivers gain many passengers who choose not to drive in city traffic, so requests are sure to continue to come in.

Another city where residents would prefer to let a “professional” do the driving, Denver has a reputation for polite passengers and plenty of potential fares. This may be one of the most pleasant Uber experiences, so if you reside in the Denver area, this is highly rated work just for you.

Austin recently passed laws to keep Uber in the city, so ridesharing is in the clear. There are always music festivals and parties that will bring Uber drivers plenty of work. Passengers are often known for their friendliness in Austin, so Uber drivers are more likely to enjoy the company of their passengers.

Minneapolis is booming with Uber demand. It was reported that the 2015 St. Patrick’s Day brought on over 5,000 rides. The average age of those living in Minneapolis is twenty-somethings and, so it is the prime target age group. 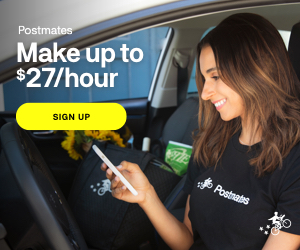 Birmingham certainly has a demand for the Uber business. There are certain hours of the day that are in more demand, however. For weekends, Friday and Saturday nights through to the early morning are highest for business while Sundays carry high volume all day.

Between the XL Center with regular sports and entertainment attractions and events, other downtown activities, and college campus passengers from University of Hartford and Trinity College, Uber drivers are valued. The Bradley International Airport is also close by that brings in more business as well. Hartford is always a solid spot for Uber business.

Between the University of Tennessee, Market Square, and Old City, Knoxville is the place to be as an Uber driver. There is always activity booming, especially in the afternoons during the week. Passengers of Knoxville are thankful to have Uber as a reliable option for transportation.

The Marina District and convention centers in Atlantic City are sure to bring substantial business for Drivers. The Atlantic City International Airport is also in the area that will provide travelers in search of transportation, so the demand is definitely present in this busy city. Uber drivers will not be disappointed with this business opportunity.

There is always activity in New Orleans, which means plenty of demand for Uber drivers. The most requests come from Orleans Parish, Jefferson Parish, and especially the Louis Armstrong New Orleans International Airport. Many Uber requests for the airport include uberX, uberXL, UberBLACK, and UberSUV.

Virginia keeps Uber drivers in good business in a couple of towns, but Chesapeake is among the busiest for Uber requests. Eagles’ Nest Rockin’ Country Bar as well as Kelly’s Tavern brings potential passengers looking to travel the area and get home safely.

Greenville has had the most requests in the downtown and airport areas and in its main street. Any Uber driver in the area should find plenty of requests to travel the area and transport passengers between the airport and center of town.

Uber has become most popular for the flexible hours, working with your personal vehicle, and making extra money part time or full time. Uber is the best way to meet all different types of people and travel in your area. Check out these high-traffic cities for the best business!

Rent a Car, Drive For Uber and Lyft

HyreCar is the industry leading carsharing platform for rideshare drivers.

Start Getting Paid To Deliver With Postmates!